Missing your HOT TICKETS? The FirstOntario PAC’s new online series will feature LIVE concerts from Niagara musicians every Sunday at 7pm and content from community partners every Thursday at 7pm. Performances will be available for FREE viewing through the FirstOntario Performing Arts Centre’s website, Facebook and YouTube channels. Although physically distant, we can still socially gather. Experience and engage with the best of Niagara's artists and arts organizations from the comfort of your home every week on #NiagaraPerforms! Watch LIVE on Facebook Watch LIVE on YouTube   Rebroadcasted on Cogeco's YourTV Niagara 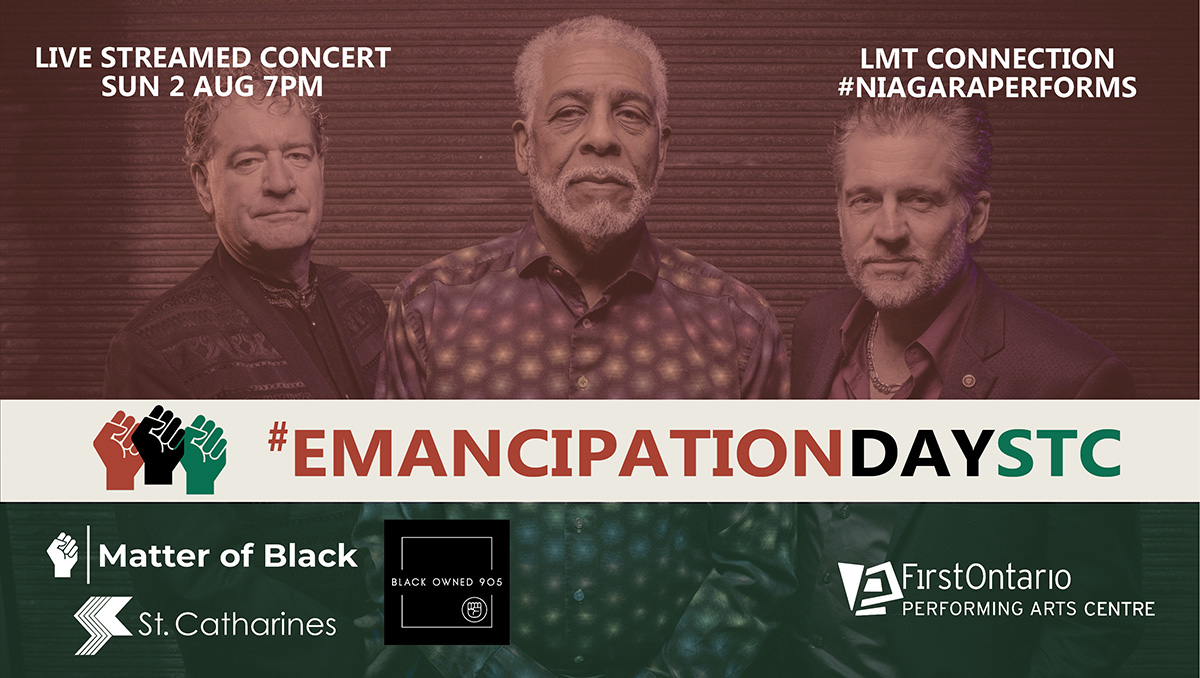 Thursday 6 August, 7pm – LVW Creative Barracks' interactive craft experience for families  Lacie Williamson is a multi-disciplinary artist and arts educator who owns and operates LVW Creative Barracks, an art studio and gallery created as "a home for all creatives." Sun 9 August, 7pm - SAINT STONE SAINT STONE is a punk/grunge/indie quartet of queer and gender diverse artists from Niagara; STONE for the first brick thrown at the Stonewall Riots, and SAINT for the queer and gender diverse people who are told they are anything less than transcendent. Thursday 13 August, 7pm – Niagara Conservatory of Music The young students of the Niagara Conservatory of Music showcase their continued hard work while being separated from their teachers and peers, finding new ways to bring joy into their lives through music. Sun 16 August, 7pm – Little Nerves Featuring the soaring velvet voice of front man Oscar Anderson-Shortt (aka DRFTR) their repertoire consists of everything from dance floor funk, island time vibes, hip-hop drops and more. Thursday 20 August, 7pm – Earth Song Teachings Edgar and Karl from the Fort Erie Native Friendship Centre cultural team present a family friendly evening of fun and learning about the rich history of the social songs of the Haudenosaunee. Sun 23 August, 7pm –  My Son the Hurricane Multi horn, multi drummer, multi singer brass funk beast. Hailing from Niagara/Toronto, the perennial festival closers and dance floor inciters mix New Orleans style grooves with funk, jazz and hip hop. My Son the Hurricane has become revered for their live performances. Thursday 27 August, 7pm – Local Reflections on Racism The continuation of the Online Interactive Speaker Series with Small Group Discussions – keeping up the momentum for racial justice and inclusion in St. Catharines presented in partnership with Niagara Folk Arts Multicultural Centre, Niagara Region Anti-Racism Association.

Thursday 14 May, 7pm – Carousel Players'  Artistic Director Monica Dufault will share a reading of Peg and the Yeti by Kenneth Oppell and show how to make your own Yeti craft at home (for ages 4 to 10).

Sunday 10 May, 4pm – Spencer Burton  will share his country-folk infused music from his home in Fenwick.

Announcement, St. Catharines, 16 April 2020 – The FirstOntario Performing Arts Centre is set to launch a new online series to help further connect audiences and artists during this unprecedented time of physical separation. #NiagaraPerforms will provide a platform and professional artist fees for local artists to share performances with online audiences as a home-grown take on the National Arts Centre’s #CanadaPerforms series. “We are pleased to join this national movement through a local lens,” says Sara Palmieri, Programming and Marketing Manager. “We want to continue to find ways that connect our local artists and arts organizations with audiences and the online space is definitely a place where we can all still meet.” The first batch of #NiagaraPerforms artists were selected by the programming team from previous editions of the popular Hear! Here! Niagara Music Series as well existing partnerships with local arts organizations. The online series will be announced two weeks at a time as the FirstOntario PAC continues to monitor the changing realities of the COVID-19 crisis.

The FirstOntario PAC’s new online series will feature FREE live concerts from Niagara musicians every Sunday and content from community partners every Thursday. Performances will be available for viewing through the FirstOntario Performing Arts Centre’s Facebook and YouTube channels. Similarly in The Film House at Home we will provide virtual cinema experiences with simple screening options, every Wednesday.  “I’ve heard this a few times and it’s true,” notes Sara Palmieri. “When this is all over it will be the music, films, books and livestreamed concerts and performances that will get us through this. The arts will keep us connected.” Watch on Facebook Watch on YouTube